Tullamore or An Tulach Mhór, meaning the big hill, probably refers to the hilly ground behind the junction of O'Moore Street and Cormac Street once the location of the town's windmills. 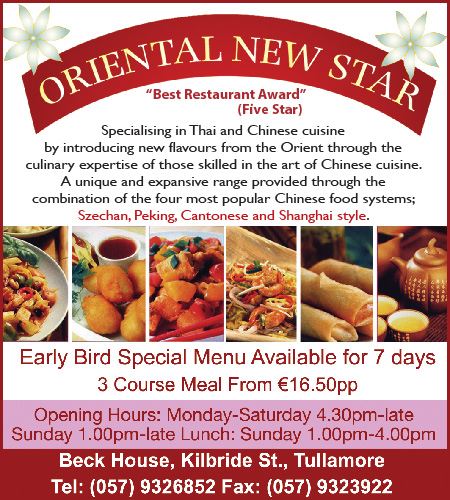 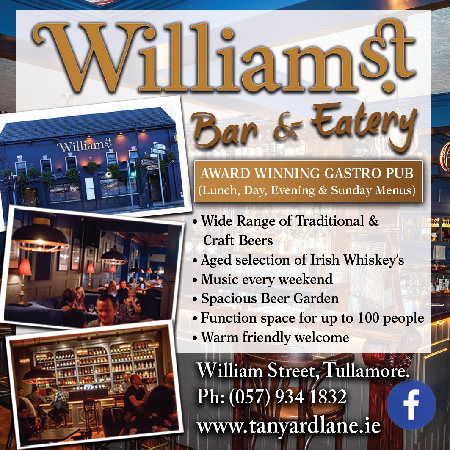 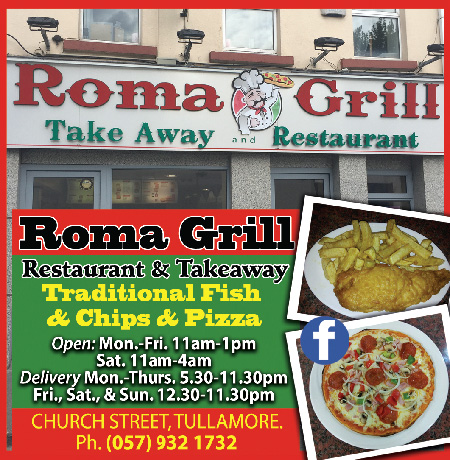 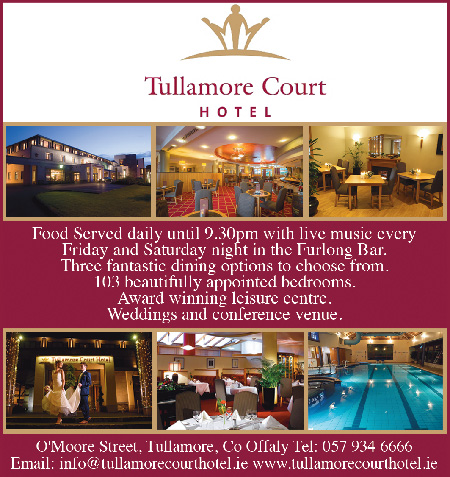 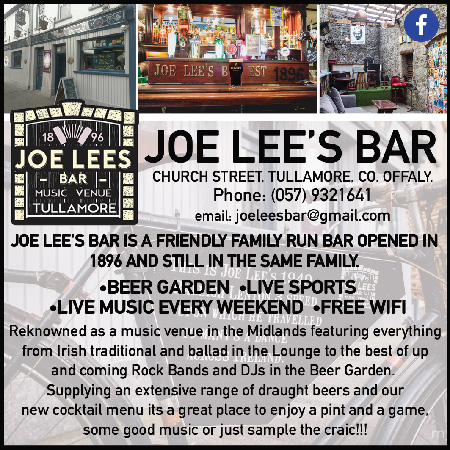 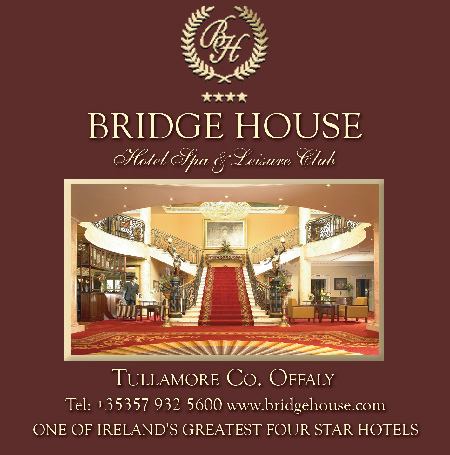 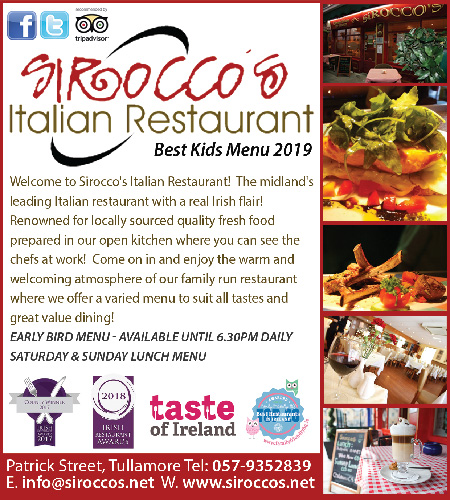 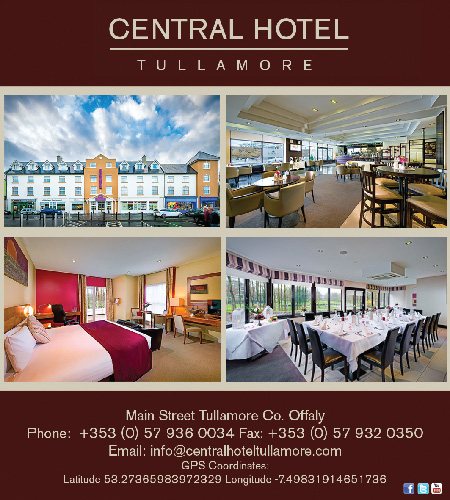 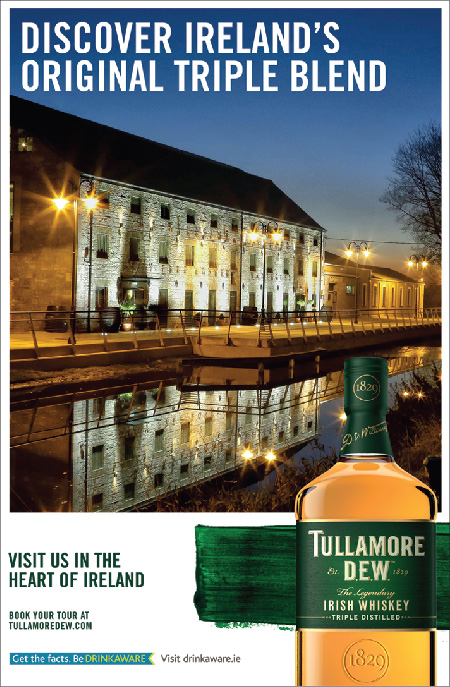 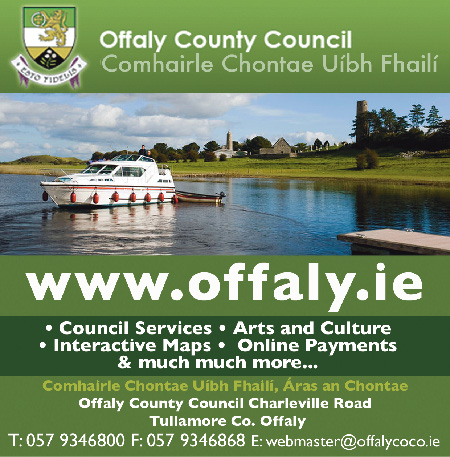 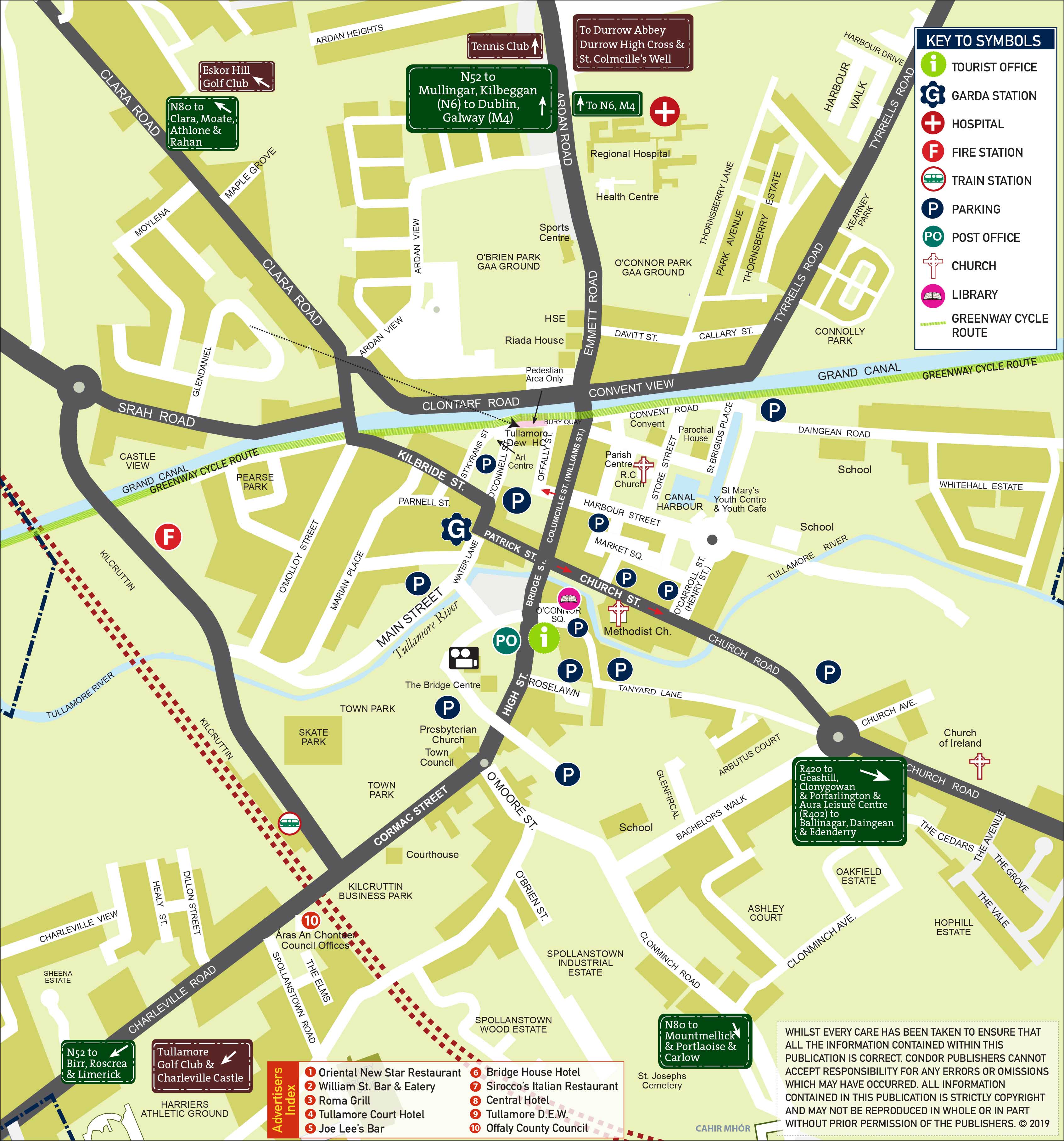 On Tuesday the 10 May, 1785, just two years after the first hot air balloons were launched in France, ‘an English adventurer’ released a hot air balloon in Tullamore. It crashed into a row of houses on Patrick Street. Raging with ‘ungovernable fury’, fire engulfed and burned to the ground as many as 130 houses and businesses. The great balloon fire coincided with the ascendancy of the new landlord, Charles William Bury, later Lord Charleville. In the devastated areas, he began his life’s work of remodelling and expanding Tullamore. By the time of his death in 1835, the centre of Tullamore looked much as it does today, with many fine buildings, including the courthouse, gaol and O’Connor Square. Tullamore became the County Town the same year. The canal reached the town in 1798. Much of the cargo was yellow brick from brick fields around Pollagh, west of Tullamore and the famous Tullamore D.E.W. whose warehouse is open today as a visitor centre. Walking east from the town you reach the substantial bow fronted Boland’s Lock House built in 1800 within 1km or walking west you can view Srah Castle or tower house built in 1588 by John Briscoe, a soldier in the army of Queen Elizabeth 1.

Things to do around tullamore

Tullamore – Dating from 1798 and designed by Francis Johnston, the house is one of the finest examples of the great Gothic house in Ireland.  There is an oak tree in the grounds reputed to be 700 years old.  Conducted tours by appointment.

Erected in 1802, and demolished and rebuilt in 1902. It was destroyed by fire in 1983 and again rebuilt at a cost of over £3 million.  The new church has an impressive timber interior and some Harry Clarke Studio windows.

Once the site of the military garrison.  The garrison was based in a barracks, which housed 200 soldiers, horses and equipment.

Much political interest lay here in the 19th and  20th centuries, William O’Brien and John Mandeville were imprisoned in the 1880s there, and the War of Independence (1919-1921) saw republicans incarcerated.  During the Civil War of 1922 the Jail was destroyed by republicans. Only the Gothic facade of it now remains.

The Church of Ireland church designed by Francis Johnston and opened 1815, is placed prominently on a hill to the southwest of the town.

The oldest house in Tullamore is another castle, a tower house, known as Srah Castle observable from the tow path and dating from 1588.