Killaloe Ballina are amongst Ireland’s most picturesque villages and serve as a gateway to the River Shannon and Lough Derg - the Shannon’s Pleasure Lake. www.visitclare.ie 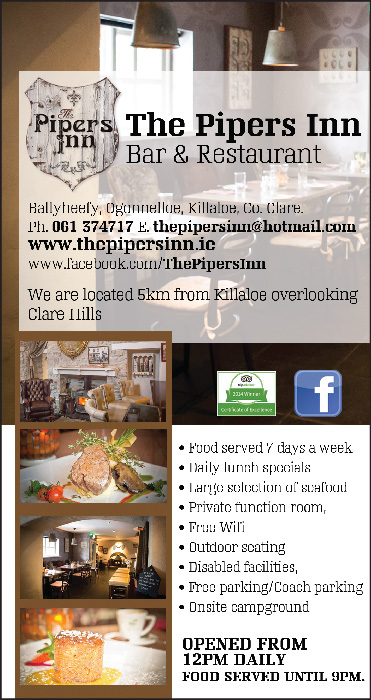 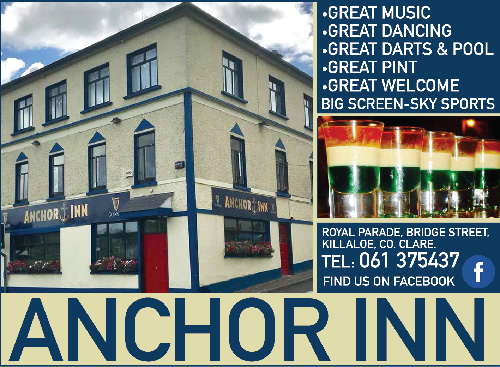 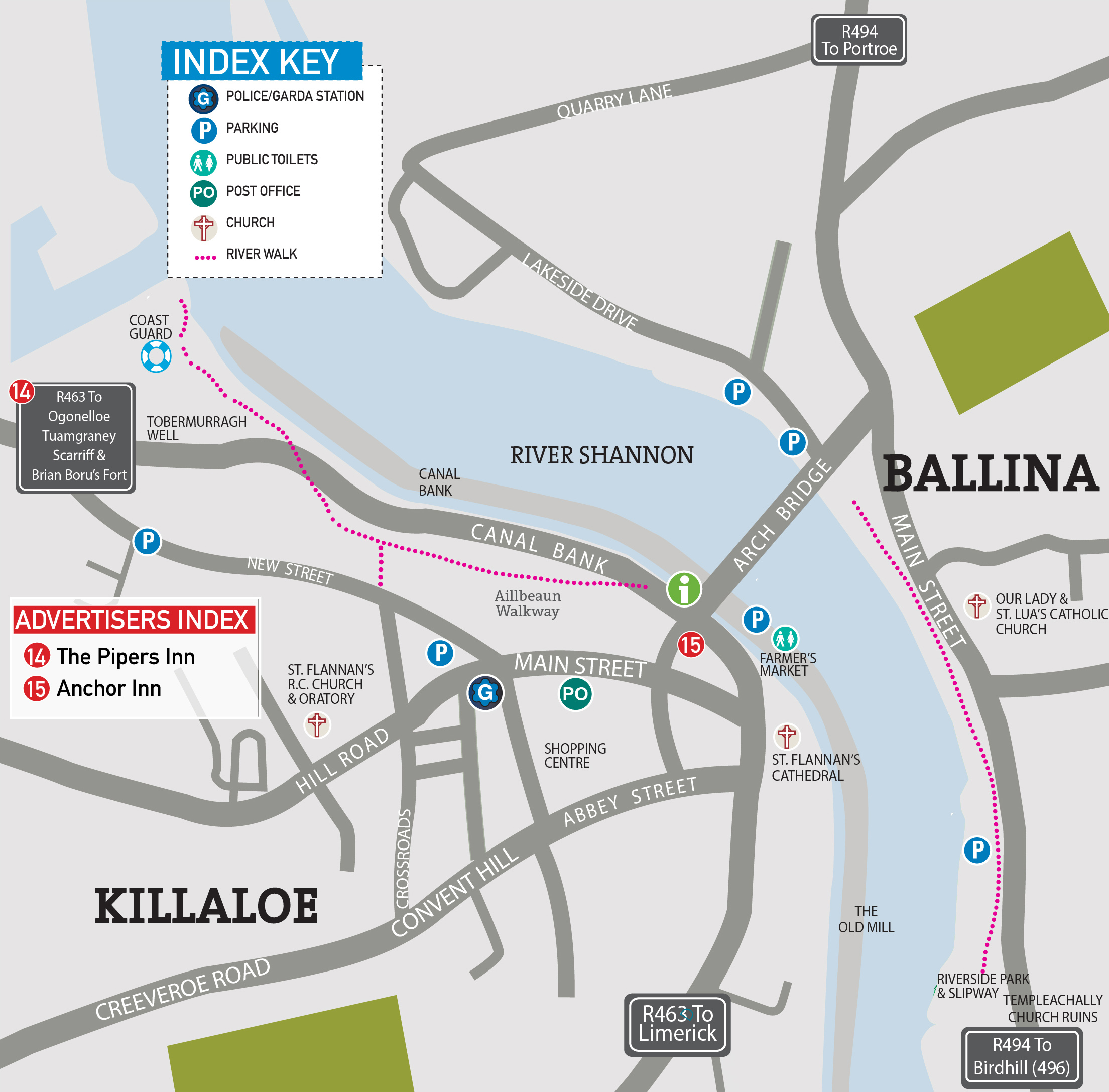 KILLALOE BALLINA – A significant settlement during the stoneage, Celtic, and early monastic times, Killaloe Ballina was, for over a century, also the seat of Ireland’s High Kings. The most famous of these kings was Brian Boru (961-1014) who ruled from Kincora (located at the Green where the present St. Flannan’s Catholic church now stands) from 1002-1014. His death occurred in the hour of his greatest triumph, the defeat of a major Viking force at the battle of Clontarf near Dublin. From early Christian times Killaloe Ballina was an important monastic settlement and from the 12th century a cathedral and ecclesiastical centre. In fact the Killaloe Diocese is named after the village. During the 18th and 19th centuries, the two villages evolved on either bank of the River Shannon. The opening of the railway and canal with Limerick ushered in a prosperous period and river navigation became a primary function of the twin settlements. Today Killaloe Ballina are amongst Ireland’s most picturesque villages and serve as a gateway to the River Shannon and Lough Derg – the Shannon’s Pleasure Lake. www.visitclare.ie