Carrick-on-Shannon or Carrick as it is known locally is a thriving centre. It boasts a beautiful modern marina and is the most northerly hire base on the Shannon. It is widely acknowledged as an Anglers paradise and within a 10km radius of the town there are no fewer that 41 lakes. 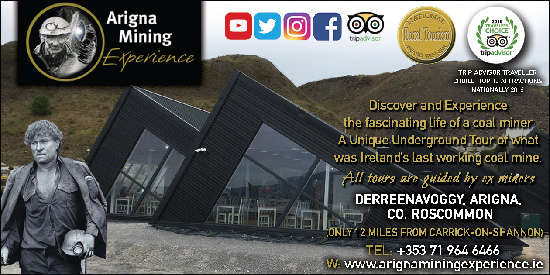 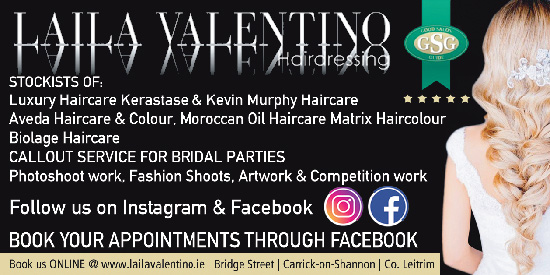 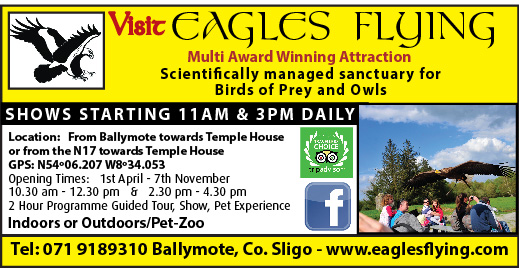 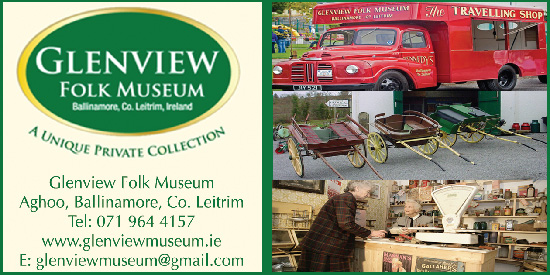 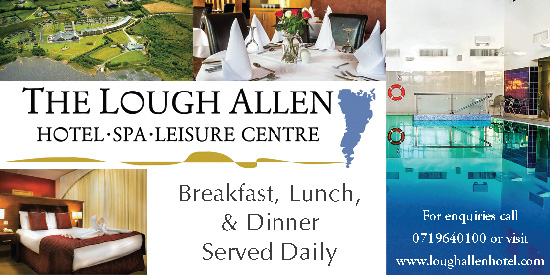 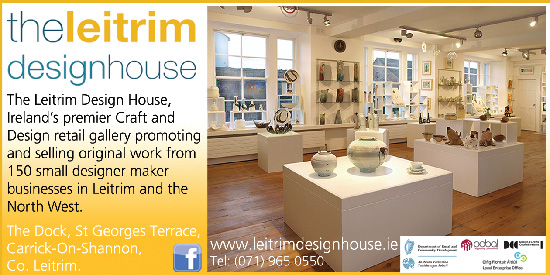 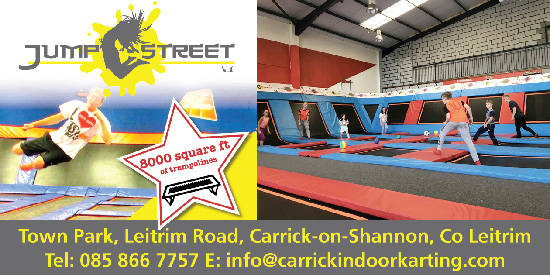 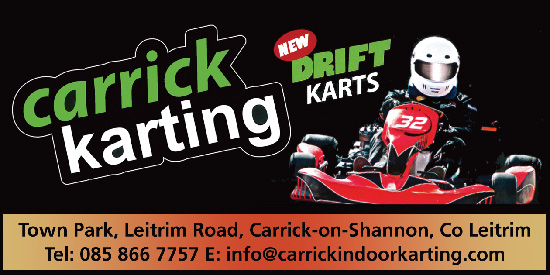 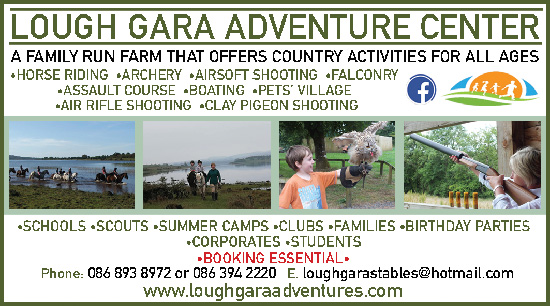 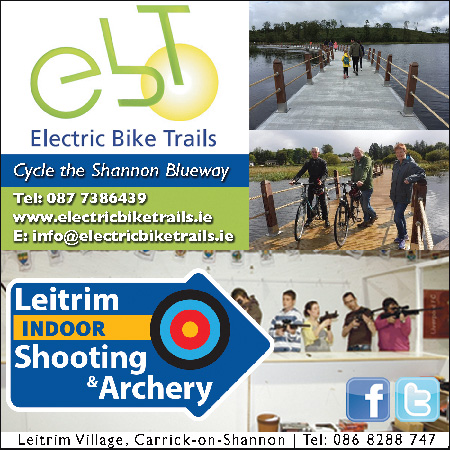 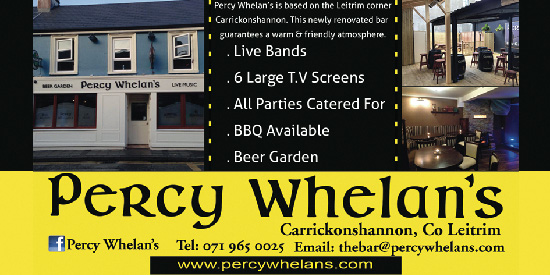 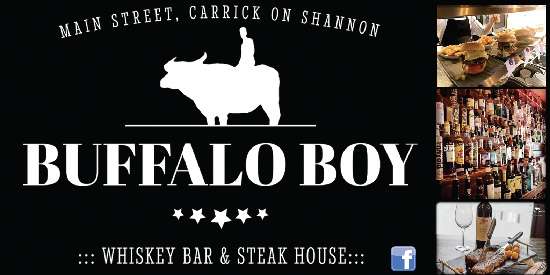 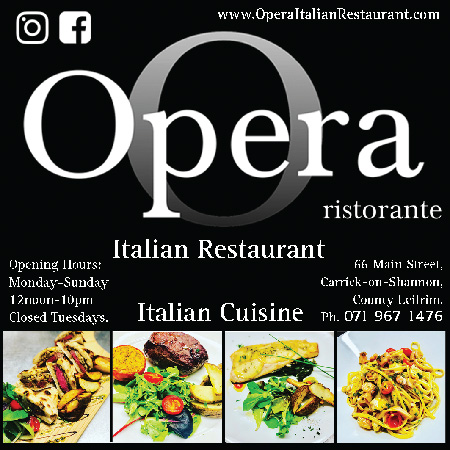 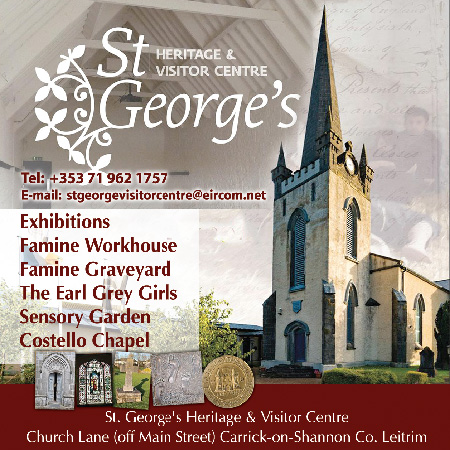 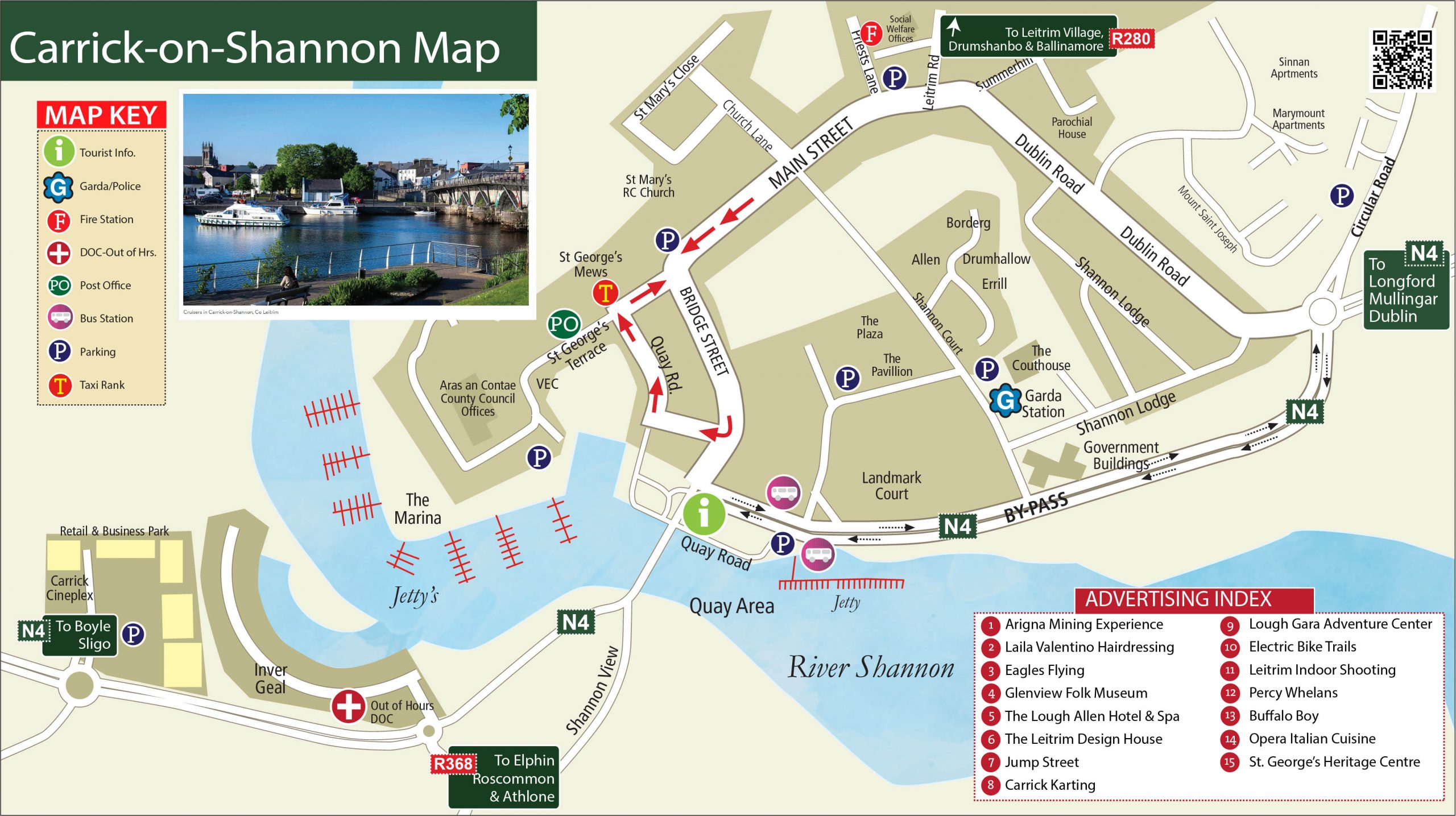 Carrick-on-Shannon or Carrick as it is known locally is a thriving centre. It boasts a beautiful modern marina and is the most northerly hire base on the Shannon. It is widely acknowledged as an Anglers paradise and within a 10km radius of the town there are no fewer that 41 lakes. The town itself is steeped in history and visitors are recommended to take a walk through the town to discover its interesting historical buildings, in particular the Costello chapel, which is believed to be the smallest chapel in Europe. Remember to leave time to browse around the town’s colourful Market Yard. Moon River Boat excursions are very popular and are a great way to relax and enjoy the scenery. Carrick-on-Shannon Golf course (9-hole) is one of the most scenic in Ireland and Lough Key Forest Park is also nearby. Carrick-on-Shannon offers a wide variety of night-time entertainment and boasts many talented musicians, providing lively sessions in local hostelries.

things to do in and around Carrick-on-shannon

Electric Bike Trails – Take a leisurely cycle on the traffic free Shannon Blueway (20km round trip), explore the quiet local roads and villages, cycle around the 8 km of woodland in Lough Key Forest Park, or explore Arigna Mountain Range. These are just some of the amazing experiences you can avail of at Electric Bike Trails.  We have a full range of regular bikes and if an active cycle is not your thing you can make it really easy on an electric bike. You just pedal and let the battery assist get you over the hills with ease. Families are catered for with a range of kids bikes, child carts and seats so everybody can enjoy the countryside together. Back up transport also available when needed to get you back to base. Book online at www.electricbiketrails.ie or Phone 087 7386439

ARIGNA MINING EXPERIENCE – was developed to preserve the energy heritage of the Arigna Valley and to ensure that Arigna maintains its link with Energy themes: Past, Present & Future.  This Energy centre provides visitors with a unique insight into what coal mining life was like in the Arigna Valley, since its beginning in the 1700’s until closure in 1990.

Glenview Folk Museum has a private indoor collection of more than 7,000 antique, historical and novel items ranging from pre-Famine Ireland to the recent past.  Also housing over three thousand eggs cups, the largest in Ireland! Latest additions to the museum include very prized items from international author John McGaher and the McGahern homesteads in Fenagh and Cootehall. Tel: 071 964 4157 Mobile: 087 697 1901.

EAGLES FLYING – The attraction for all the family – excitement, fun, photo opportunities and much more at affordable prices. Ireland’s largest Bird of Prey Centre offers incomparable experiences. The Shows are interactive and highly entertaining. You have never been that close to an eagle. 100 Birds of Prey, some of them with a wingspan of more than 3 metres and many other animals are waiting to make friends with you. Tel: 071 9189310 Ballymote, Co. Sligo – www.eaglesflying.com

The Leitrim Design House, Ireland’s premier Craft and Design retail gallery promoting and selling original work from 150 small designer maker businesses in Leitrim and North West.  If you’re looking for a unique gift for that special occasion you will find it at The Leitrim Design House, The Dock, St. George’s Terrace, Carrick-on-Shannon.  Tel: 071 965 0550.  www.leitrimdesignhouse.ie

LOUGH GARA ADVENTURES Lisserlough, Boyle, County Sligo. F52 CA49.  Ph. 086 893 8972 or 086 394 2220.  www.LoughGaraAdventures.com – We offer traditional country pursuits in a friendly, scenic, tranquil setting on the shores of Lough Gara. We cater for adults, children and teens. We have a roofed riding arena, shooting and archery shelters, indoor and outdoor pets , indoor and outdoor seating areas, so we can cater for our Irish weather. We cater for large groups and families.  Booking is essential. Everyone will get a very warm welcome from the Kneale family.

Carrick-on-Shannon Heritage Group – In 2003, a group of volunteers came together with a common interest to preserve and restore Carrick-on-Shannon heritage and cultural fabric for current and future generations.  The outcome was the establishment of Carrick-on-Shannon Heritage Group.  Since then the group has successfully secured support from various funding bodies to refurbish and manage a number of heritage “gems” in the environs of Carrick.  A must see is St. George’s Heritage & Visitor Centre, with Plagemann’s beautiful “the Adoration of the Shepherds”, a rare Telford Organ, the Se Geraghty Collection, exhibits and the informative video ‘Leitrim ENDURING AND ENCHANTING’.  Then take a stroll to see the Costello Chapel and the Workhouse Attic and Famine Garden of Remembrance. Tel:  +353 (0)71 9621757

The history of county leitrim

Leitrim was established as a county in 1583, when the Lord Deputy, Sir John Perrott, marked out its boundaries. Historically, the county formed part of the old Gaelic Kingdom of Breffni, which was ruled by the O’Rourkes. The Normans invaded the county in the 13th century. Although they succeeded in taking the south of the county, they failed to conquer the northern portion, which remained under the control of the O’Rourkes until the 16th century. Large portions of the county were confiscated from their owners in 1620 and given to the English adventurers, including Villiers and Hamilton, who founded the town of Manorhamilton. The objective was to plant the county with English settlers but this was largely unsuccessful.  Carrick-on-Shannon became the chief town of the county, which had one other borough, Jamestown, built for settlers in the 17th century. There were three other market towns, Manorhamilton, Ballinamore and Mohill. The county was very badly affected by the Great Famine of 1845-52. The population was 155,000 in 1841 and by 1851 it had fallen to 112,000. Because of the poor agricultural productivity of the country, it has been a high emigration county ever since these times and the population is currently around 25,000. County Leitrim takes its name from the village of the same name situated close to the River Shannon. The village was an O’Rourke stronghold in olden times and was a place of some strategic importance as the river nearby is comparatively shallow and narrow. The Irish form of Leitrim – Liath Druim – means the grey ridge and is a common place name in Ireland as we find over forty “Leitrims”, either as townlands, villages or streets in the country. The County is all but landlocked, having a coastal outlet to the Atlantic only two miles in length on Donegal Bay between the boundaries of counties Sligo and Donegal. County Leitrim is hilly, ranging from shaggy brown hills to lofty mountains, and with deep valleys. There are several beautiful lakes of which the best known are Lough Gill, Lough Allen, Lough Garadice, Lough Glenade, Lough Rinn, Lough MacNean and Lough Melvin whose western shores is in the county of Leitrim and eastern in the county of Fermanagh. Many of the smaller lakes are also picturesque. The county, in the medieval period, was thickly forested and five great forests endured into the 17th century. The soil of Co. Leitrim is exceptionally retentive of water, which accounts, with its many lakes, for a standard joke that land in the county is sold by the gallon rather than by the acre. Leitrim, a land of lakes and legends, have  many historical stories to tell.