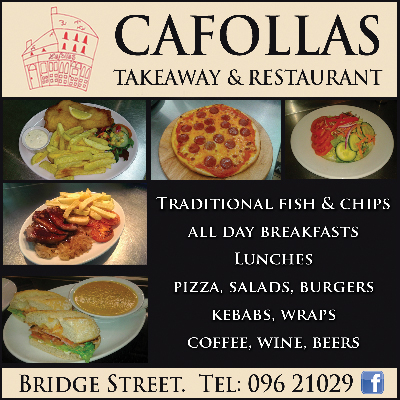 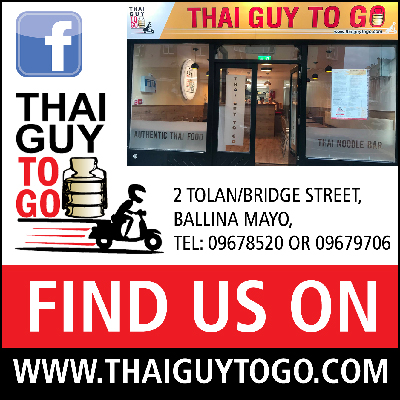 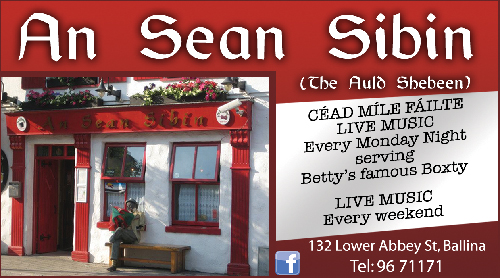 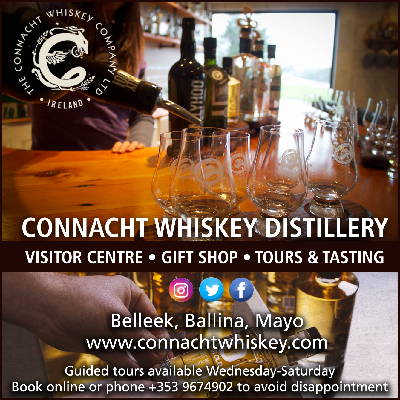 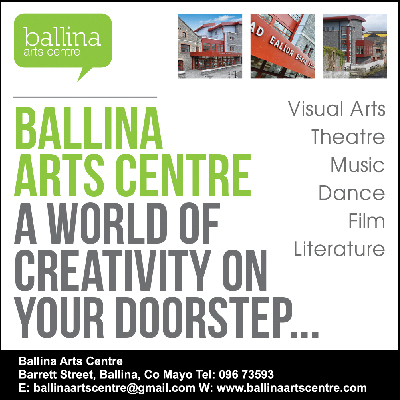 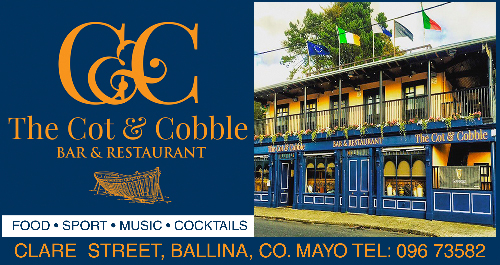 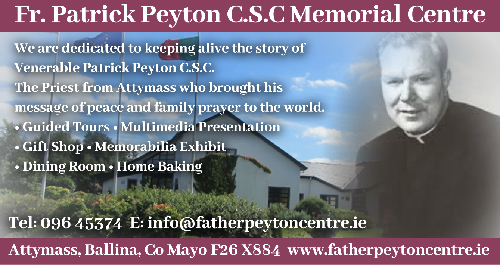 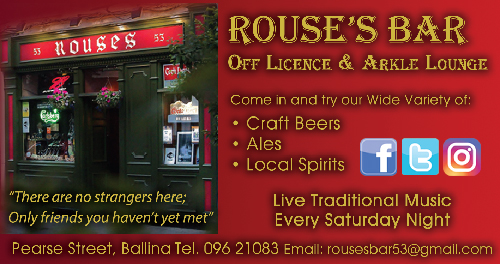 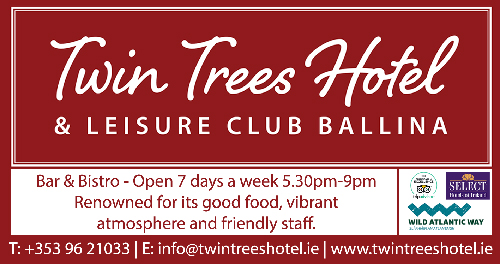 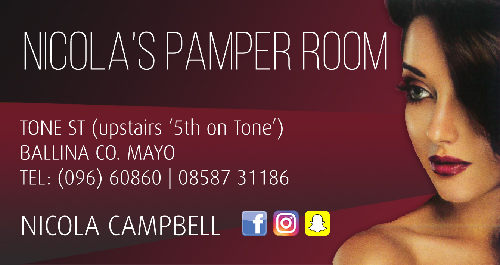 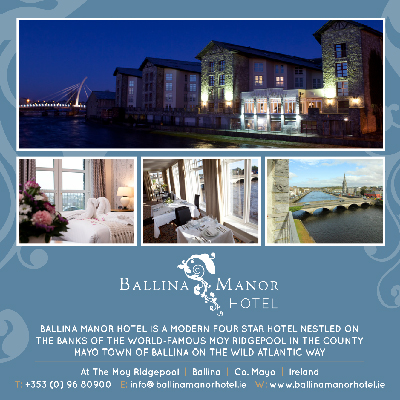 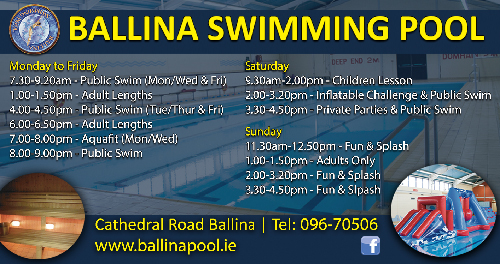 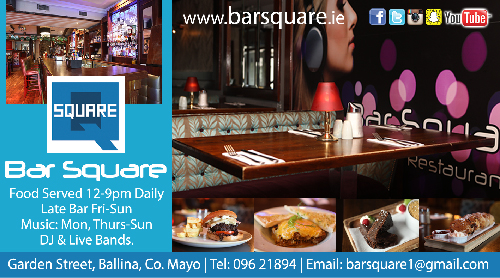 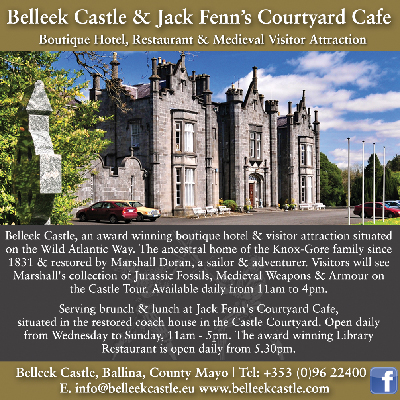 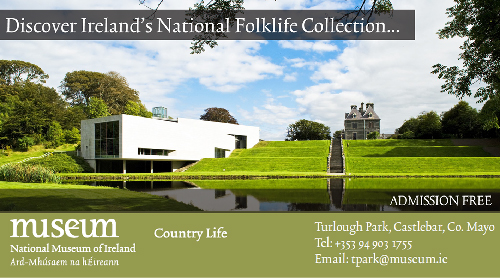 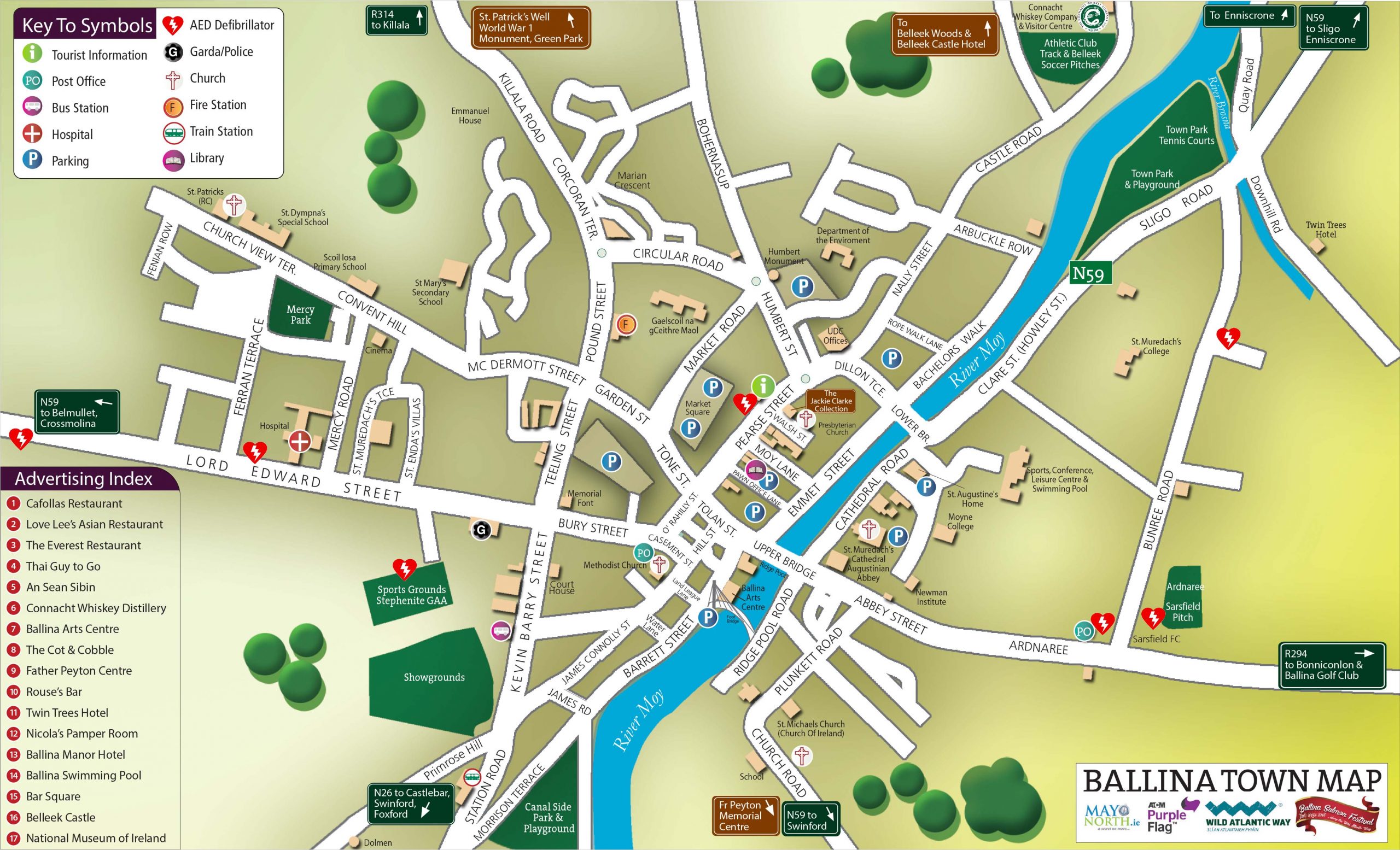 Map of Ballina Town – an introduction to Ballina.
Ballina (Béal an Átha or Béal Átha an Fheadha), translated as meaning the ‘Mouth of the Ford’ is known as the Gateway to North Mayo. Located by the N26, it is the largest town in County Mayo with an urban population of up to 15,000 people and an additional 30,000 in the hinterland. Ballina is situated on the estuary of the River Moy. It is also the cathedral town of the Catholic diocese of Killala.
Ballina is renowned as an angling centre, with excellent river, sea and lake waters within easy reach.  The famous Ridge Pool in the town is one of the premier tourist attractions in Ireland. A regular visitor to the pool is the former manager of the Irish soccer team, Jack Charlton, who has a holiday home nearby. The annual Ballina Salmon Festival held in July is one of the most popular in the country. Ballina has excellent sports and leisure facilities including an indoor heated swimming pool.

Founded in 1723 by Lord Tyrawley, Ballina quickly developed into an important commercial town and seaport. General Humbert and his Franco-Irish force captured the town in 1798 (the Humbert Monument commemorates the event). The oldest monument in the town is the ruin of a megalithic tomb, near the railway station, known locally as ‘the Dolmen of the Four Maols’. Near the cathedral are the ruins of an early 14th century Augustinian Friary. The cathedral (1823) has a beautiful interior with some fine glass windows.

Ballina is the birthplace of Mary Robinson (née Bourke), who became the seventh President of Ireland on 3rd December 1990, the first woman to hold that office. Ballina is surrounded by areas of outstanding beauty including Lacken, Ross and Enniscrone Beaches. Killala Bay is famous for its excellent deep sea fishing while the River Moy is recognised as a world famous salmon fishing river and attracts up to forty different nationalities each year.

Places of Interest around BaLLINA

The River Moy is the most famous of Ireland’s many Salmon Rivers. Anglers come from all parts of the globe to fish this 60 mile plus, stretch of water. Ballina, Salmon Capital of Ireland is based on the banks of the world famous River Moy. The Ridge Pool on the Moy must be the most famous beat in Irish Salmon Angling. It runs from the head of the tidal waters at the fish traps down to Ham Bridge; a grand total of 300 yards.

The monument of polished granite, at the junction of Bury Street and Teeling Street is known locally as the Font.  Originally it was a watering place for horses.

Standing with your back to the Humbert Monument on your right is Bohernasup and on your left is Humbert Street.  The French entered Ballina through these streets in 1798.

The walled garden has been restored and work is on-going in the pleasure grounds. The North Mayo Heritage Centre adjoins the gardens. There is a museum of household artifacts and farm machinery.  Open 1st April to 30th September. Tel: 096 31809.

The Dolmen of the Four Maols is located at the back of Ballina’s Railway Station.  The Dolmen dates from 2,000 B.C.

Situated in the heart of the Wild Atlantic Way, the Connacht Distillery is the perfect change of pace as you journey through beautiful western Ireland. On the banks of the famous River Moy we are producing traditional Irish whiskey, vodka, gin and poitin. Our guided distillery tours bring you through our process of whiskey making  and will help you understand why we are so passionate about pure pot still Irish whiskey. We set up our tours to be small and interactive, so that you can really enjoy the experience. To book a guided tour, call: 096-74902 or email. hello@connachtwhiskey.com

This street is called after Patrick Walsh who was executed in Walsh Street by British troops on the eve of the French entry into Ballina in August 1798.

Older residents of the town still call the street by it’s original name Knox Street.  Pearse Street is the busy commercial centre of Ballina with Banks and Offices.

St. Michael’s Church of Ireland was erected in 1738 just fifteen years after the town was found by Lord Tyrawley.  Both the graveyard and the church contain interesting memorials.

Leigue Cemetery – This pre-Romanesque Church dates from 9th or 10th century and it would seem that it was built on the ruins of St. Patrick’s original church.

The Shrine on the Killala Road is dedicated to St. Patrick. The Shrine was a place of pilgrimage until recent times.

Visit Foxford Woollen Mill’s and experience the mill as it’s run today. See first-hand how the master craftspeople create these contemporary designs, explore the history of Foxford Woollen Mills and learn about the techniques that have been passed down through generations.  Established in 1892 by Agnes Morrogh – Bernard, Foxford quality pieces are valued all over the world, respected for their heritage and represent the best in Irish quality and craftsmanship. Situated in the heart of the Wild Atlantic Way this informative visitor centre welcomes visitors from all over the world, it is the ideal stop for coach tours as well as individual visitors, with coach parking available. To Book your factory tour:

The Monument was erected in 1898 to commemorate the 100th Anniversary of the French landing at Killala in 1978.

Belleek Manor – now a Hotel and is situated in wooded parkland on the outskirts of the town, and is a fitting place to relax at the end of an Historical Tour of the town.

Ancestral home of the Knox-Gores, a Boutique Hotel & visitor attraction situated in Belleek Woods in Ballina. Learn about the buildings origins & history on the Castle Tour. Come see the Medieval

Belleek Woods is situated on the West Bank of the River Moy on the outskirts of the town, it was once owned by the Knox Gore Family (landlords) who in 1831 erected Belleek Manor and during this period of ownership also planted over 2 million trees including Oak, Beech, Ash, Sycamore, Chestnut, Lime, Willow and Yew; some of which are still growing today. In 2007 the red squirrel was translocated into the woods and have thrived in this oasis of woodland, flowers, fauna on the river’s edge.

Beneath the wild boglands of North Mayo lies Céide Fields, the most extensive Stone-Age monument in the world; field systems, dwelling areas and megalithic tombs of 5,000 years ago. As much of the tour is outdoors, visitors are advised to wear weather protective clothing and shoes suitable for walking over uneven terrain. Opens end of February to mid October daily 10am to 5pm. Rest of year open to groups advance bookings only. Guided tour on request. Last tour 1 hour before closing. Ballycastle, Co. Mayo. Telephone: 096 43325

Situated on the banks of the river Moy, Ballina Arts Centre is a multidisciplinary arts venue in Ballina, serving the town and its hinterland. Presenting a year-round programme of theatre, music, visual art and dance, as well as film, educational and literary events, the venue has really got something for every taste. Ballina Arts Centre, Barrett St., Ballina, Co. mayo.  Tel: 096 73593 www.ballinaartscentre.com